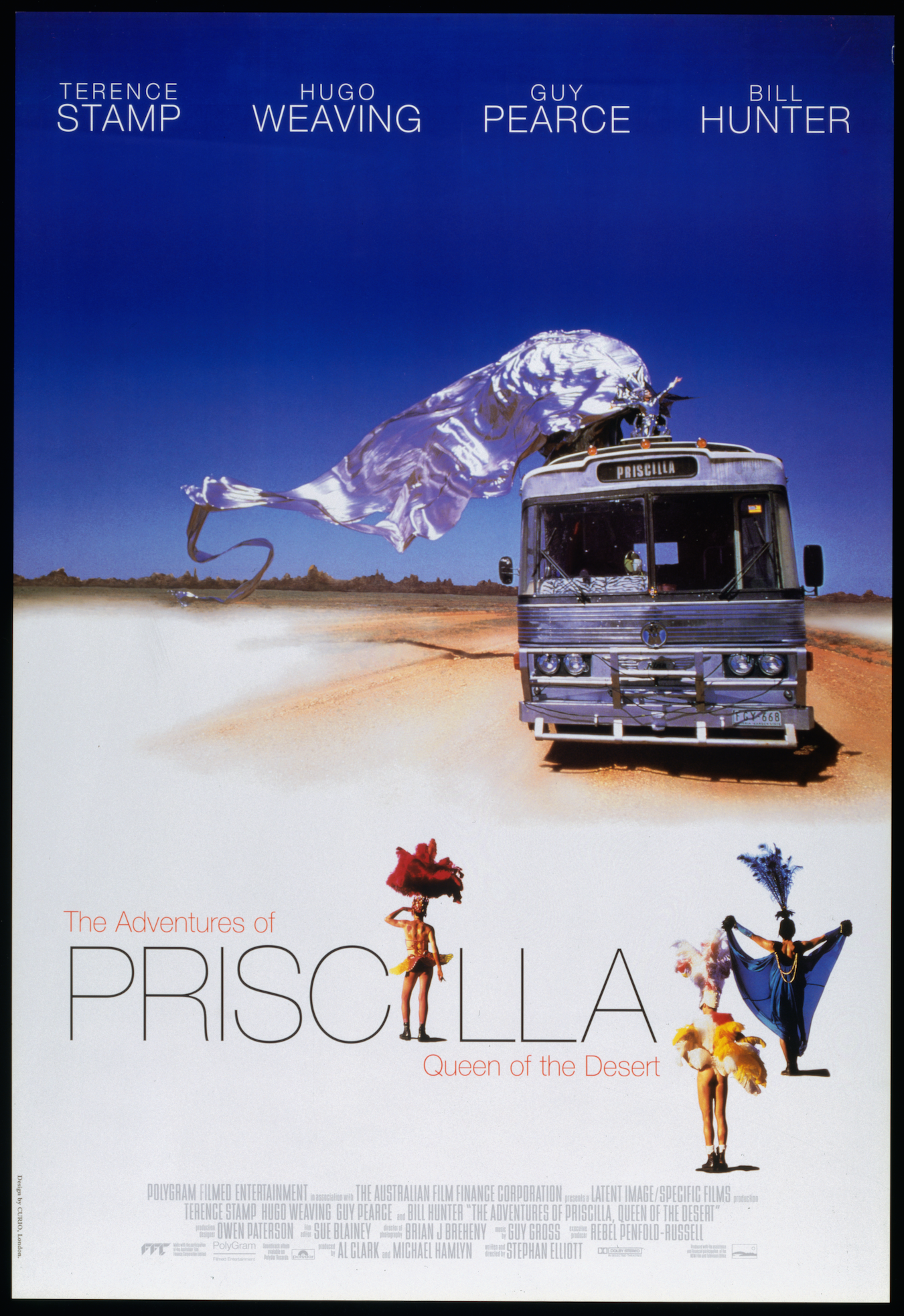 THE ADVENTURES OF PRISCILLA, QUEEN OF THE DESERT
Synopsis: Bernadette (Terence Stamp) is a middle-aged transsexual mourning the recent death of her lover. She embarks on a cabaret tour with two transvestite friends, Mitzi (Hugo Weaving) and Felicia (Guy Pearce) and together they set out for a professional engagement in Alice Springs in a gaudily painted bus they christen Priscilla. Along the way they encounter various macho characters–one of whom, Bob (Bill Hunter), begins to form a romantic attachment to Bernadette.

This film is presented in partnership with Aspen Film

Please note that we are requiring all attendees to be fully vaccinated. Proof of vaccination will be require to attend AGSW 2022 functions.For more info, please click here.