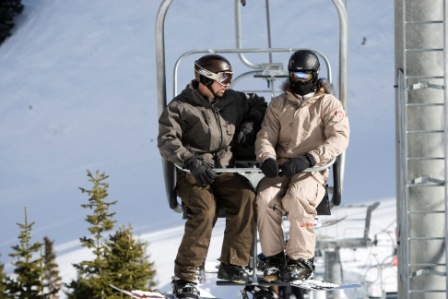 Blind Date passes are your ticket to a fabulous Gay Ski Week! If you haven’t gotten your Blind Date pass for 2012 you better get on it as the $199 price is almost a memory. Buy now to lock in your all entrance pass to Aspen Gay Ski Week events. We are starting to book…

Join Us at Disney World with Gay Days

We’re going to Disney World! If you’ve always wanted to see Mickey and Minnie but thought your chance was gone now that you’re an adult…think again, Gay Days Orlando is for you!  A week of attractions, pool parties, dances, concerts and more. Visit www.gaydays.com to book your hotel and passes. You can find us in the…

Over 3 Feet of Snow in the Last Week

Spring in the Rockie Mountains is a great time to visit, especially when we have winter storms that bring fresh powder and blue bird days! We will be riding until April 24th, so if you’re in the mood for fun, come and join us on the slopes. Click Here to book your trip, our specialists…

Back by popular demand is the Blind Date Pass. For only $199, you can buy your pass now for next year’s event. For an idea of what we have to offer next year, visit our website to see a sample of last year’s schedule. The pass includes entry to events all week long,* including après…

If you’re in New York, come by and visit Aspen Gay Ski Week at The Original GLBT Expo at New York City’s Javitz Convention Center on March 12th and 13th, 2011. Back again for our fifth year in a row, we will be hanging out with our friends Bud Light, Instinct Magazine, and Orlando’s Gay…

We’re excited to announce the dates for next year’s Aspen Gay Ski Week,  January 15-22, 2012. This year’s theme is Aspen Through the Years: a retrospective look at the last 35 years of this great event. Aspen Gay Ski Week will be celebrating it’s 35th year, and we  are going to blow out all the stops for this…