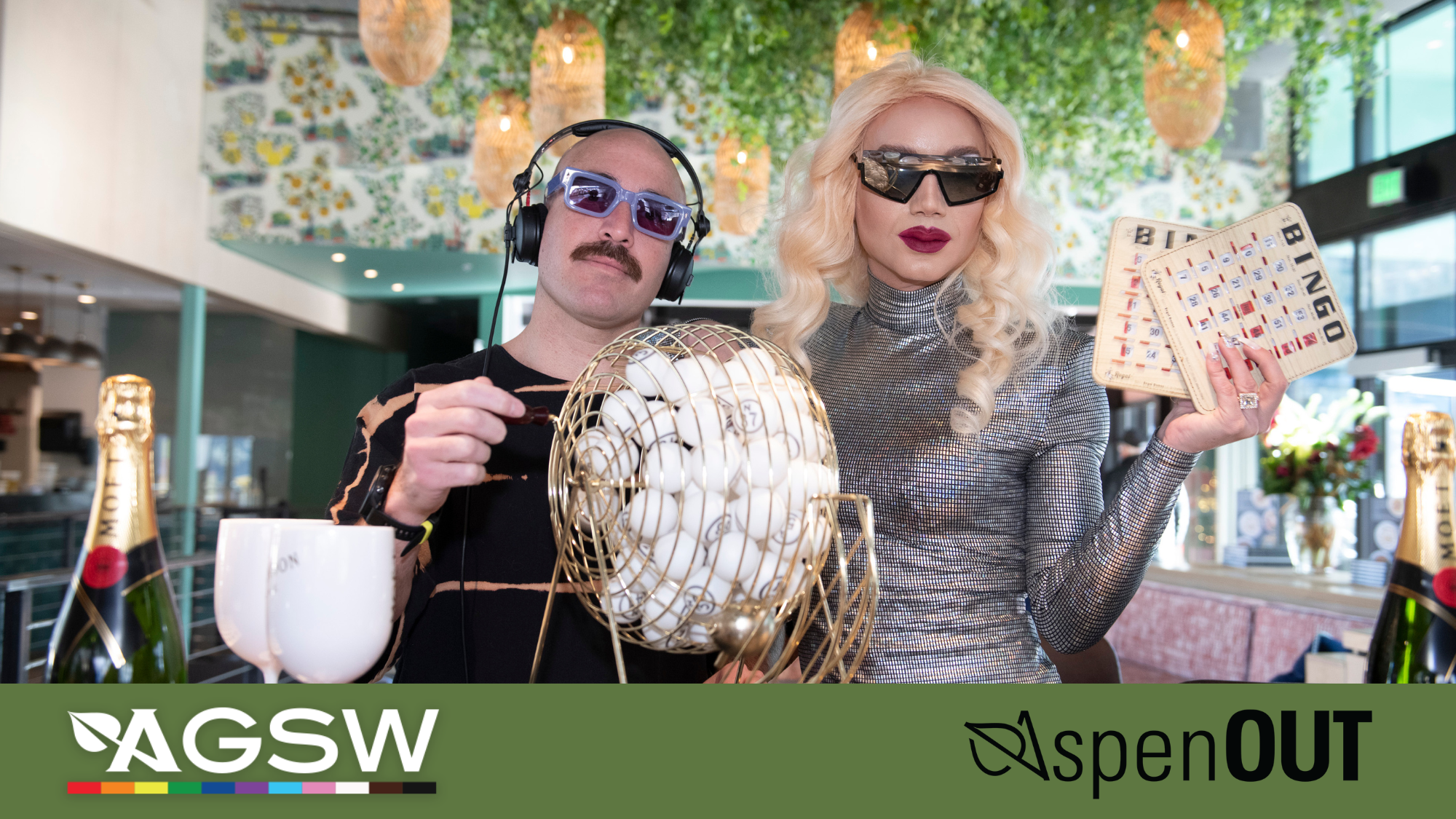 Looking for a later start time? Need some more drag in your life?! Join our friends in Snowmass for DQB.

Hosted by Aspen’s fabulous Kendra Matic and paired with live music from Romy Ancona, Drag Queen Bingo Brunches are coming to Snowmass this winter to celebrate the valley’s diverse community. Brunches are scheduled for 12:30 to 2 p.m. on Sundays, Jan. 15 and 22, Feb. 19 and March 19 at The Collective Hall in Snowmass Base Village. The cost is $25 per card with proceeds benefiting Aspen Out in partnership with Gay Ski Week. Must be 18 years or older to attend.

One of the valley’s local drag queens, Matic is the creation of Alejandro Lucchetta, a New York-based Argentinian hairstylist. According to Lucchetta, Matic was born in New York during the pandemic where she began working at private events around the city, participating in music videos for different artists and working in fashion. Now an “Aspen Queen,” she can be found working and participating in events such as Aspen Highlands’ closing day party where she hosted a duct-tape fashion show, Here House Club in Aspen, sharing her style during Gay Ski Week and at private events around the valley.

Limited seating is available. Mawita restaurant will offer brunch and drink specials and prizes will be awarded throughout the afternoon. Live music will be performed by Ancona, one of The Collective’s resident DJs, who is a self-taught musician making his way through Aspen and Snowmass, plus the Hollywood, South Bay and Las Vegas club circuits as an electronic music producer and performer.