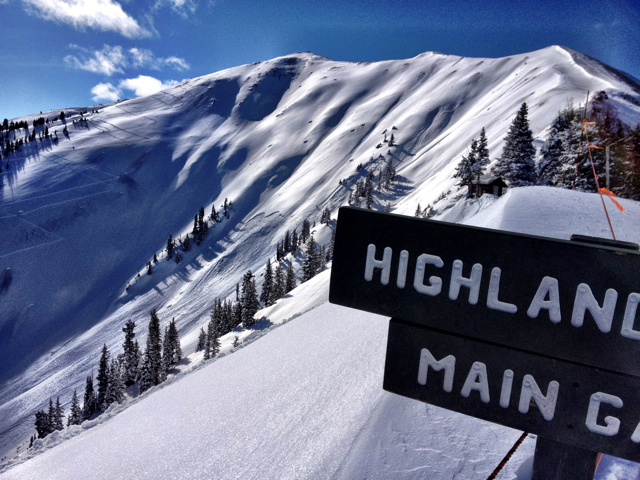 Forty years ago what became Aspen Gay Ski Week began in a bar over an argument about dancing and liberal politics in Aspen, who’d have thought?
A group of local guys, Jon Busch, David Hoch, Tom Duesterberg, Russell Anderson, and others along with groups of gay tourists from various ski clubs (San Diego, Los Angeles, and Chicago) decided to meet more officially every January. Every year each ski club volunteered to host parties on different nights to which all were invited. The local contingent’s contribution was at first only a welcoming party to kick things off. But over the years the all-volunteer “let’s put on a show” effort became the world’s first, and for many years only, gay ski week.

One party became many parties. Hot tub get-togethers became the Saturday night pool party. Spur of the moment “catch as catch can” drag shows became the downhill costume contest. Disco became house and then deep house, electronica and dance. Well of course it began as a way to meet guys and have fun. But at its roots Aspen Gay Ski Week is also about politics and civil rights.

In 1977 or so, local Jon Busch had gotten in trouble in a local bar over dancing with a man. Aspen has a tradition of liberal thought that began in the 70s but it had limits and one of the limits was guys dancing together openly. Being only a few years after Stonewall, gay rights hadn’t made much of an inroad into rural Colorado—even in liberal Aspen. But in 1979 Busch and other local guys pushed for and eventually secured gay rights protections in Aspen—a first in the state. Boulder and Denver followed.

All was well until 1992 when the statewide “Amendment 2” was pushed by right wing fundamentalist groups and passed by a statewide majority vote. This constitutional amendment revoked and repealed all existing gay rights legislation such as Aspen’s and prevented any further gay rights legislation from being passed either at the local or state level. It was a blow and not the good kind. There was liberal outrage across Colorado and the United States to this effort to deny gays basic civil rights and liberties.

The response from Hollywood and the national and international gay community was a boycott of Colorado tourism. It was a very effective boycott and had a devastating effect on tourism in general (as many boycotts do—that’s the point) but it also hurt Aspen Gay Ski week in particular. Gay destination tourism had grown out of the awareness that many gays had a lot of disposable income and that there could be successful models like Aspen Gay Ski Week in other ski resorts. It cost Aspen a lot of business and set the organization back because it allowed other for-profit ski weeks, modeled on Aspen’s all-volunteer non-profit model, to get a leg up and thrive. As these for-profit ski weeks became more prevalent and destination tourism was better marketed to the gay traveler and skier, visitors began to expect more but participate less in the planning and execution of the experience.

Aspen Gay Ski Week incorporated as the Aspen Gay and Lesbian Community Fund, a 501c3 non-profit organization, in 1996 to address the growing competition from for- profit ski weeks.

But there were other and more important contributions to gay civil rights as an outcome of Amendment 2 and the international response “Boycott Colorado.” For one, it activated progressive Aspen-ites, Coloradans and gays across the country to fight these right wing efforts to block gay rights here and throughout the United States. For another, it brought these efforts to deny these basic rights to gays to straight America. No longer could it be denied that there was a concerted and well-financed effort to deny civil rights and liberties to gay Coloradans and gay Americans in general.

In Colorado, Aspen, Boulder and Denver banded together and brought a constitutional challenge to Amendment 2—Romer vs. Evans. The Colorado Supreme Court held that Amendment 2 was indeed unconstitutional. The United States Supreme Court upheld this decision in 1996 (with only Justices Scalia and Thomas dissenting, no surprise there.)

What initially began as the efforts of a couple of local Aspen-ites to dance in bars with other men had turned into a landmark civil rights case—the first the court had heard since 1986. This eventually led to the Supreme Court overturning all laws that criminalized homosexual sex with Lawrence vs. Texas in 2006 and set us on the path to full citizenship. Though that goal has yet to be achieved it is within sight. Aspen locals with a little help from the Christian right wing fundamentalists helped set the stage for landmark civil rights legislation which will eventually lead to complete civil rights including marriage. Take that forces of darkness! Don’t mess with the gays![/vc_column_text][/vc_column][/vc_row]

Donate And Get Your 45th Anniversary
Commemorative Package HereDONATE NOW
+